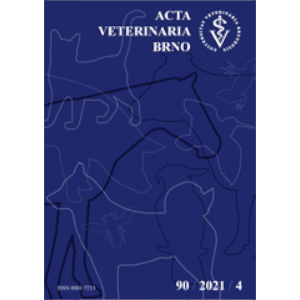 Anotace: In this study, the effects of etanercept, anakinra, and their combination on streptozotocin-induced type 2 diabetes in rats were pathologically evaluated. A total of 30 rats were separated into 5 groups as control (C), diabetes (D), diabetes + anakinra (DA), diabetes + etanercept (DE), and diabetes + anakinra + etanercept (DAE). Anakinra (10 mg/kg/day, s.c.) and etanercept (10 mg/kg, twice weekly, s.c.) were administered to the DA and DE groups, respectively, and the DAE group received both anakinra and etanercept for 21 days. Histopathologically, pathological changes related to diabetes in internal organs occurred in the diabetes group, and there was a significant decrease (improvement) in these changes in the treatment groups (P < 0.05). There was no significant difference (P > 0.05) between the treatment groups, but some changes in the liver and kidneys were higher in the combined group which should be taken into account for longer use. Although there was no significant difference, etanercept was more effective on pancreatic lesion scores and anakinra was more effective on testicular changes. As a result, the single or combined use of IL-1 and TNF-α antagonists anakinra and etanercept were effective in the treatment of type 2 diabetes in rats without any toxic-pathological effect.