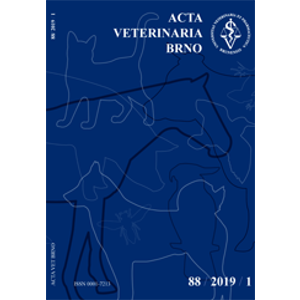 Anotace: The aim of this study was to assess behavioural and glucocorticoid changes in black-and-white ruffed lemur females transported for breeding purposes between Czech ZOOs. The frequency of the presented behaviour elements was recorded via direct observation. The faecal samples were collected from the floor and subsequently the faecal glucocorticoid values were determined using specifically designed assays for faecal glucocorticoid metabolite (FGM) analysis. While the frequency of certain comfort behaviour patterns decreased (P < 0.05) in response to transport and change of the environment, grooming, resting, sleeping as well as playful behaviour (chasing, climbing) were not affected (P > 0.05). No changes were found in the frequency of behaviour connected to metabolic events with the exception of defecation. Lemur females defecated more frequently (P < 0.05) in their new environment. The frequency of neither fear nor exploratory behaviour differed (P > 0.05) before and after transport. The positive effect of the novelty was shown by the reduction (P < 0.01) of behavioural signs of frustration and stereotypical behaviour after transport. In response to transport, a significant (P < 0.05) increase of FGM levels was found the second day after the transport, reaching peak levels in the morning and starting to decline to baseline levels in the afternoon. The results of both behaviour and adrenocortical activity analysis suggest that despite some presented changes in the monitored indices prior and after transport, the transportation under the studied conditions presented only a mild stressor with limited behavioural and glucocorticoid responses.