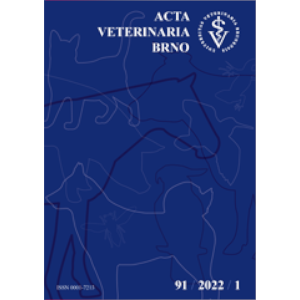 Torpor/hibernation cycle may enhance the risk of insecticides for bats

Anotace: Exposure to pollutants is considered one of the potential reasons of population declines in bats. In the context of previous studies, we managed to create and keep a wide collection of cell lines from European bat species. Liver cells were chosen for testing, as they represent the preferred model for toxicological studies. Bats are protected, cell lines replacing experimental animals thus represent a unique opportunity to examine effects of pollutants which animals are exposed to in their environments. Moreover, cell incubation temperature variation may simulate physiological states of heterothermic bats. Liver cell lines were cultivated to the required cell number. Exposure to five different concentrations of permethrin (PM) and imidacloprid (IMI) were used to determine cytotoxic effects of these pesticides on Nyctalus noctula-derived liver cells cultivated at 37 °C and 8 °C for 24 h. An assay based on the measurement of activity of lactate dehydrogenase released from damaged cells was used for quantitating cytotoxicity. Cytotoxicity of IMI ranged from 0% to 47% and from 56% to 67% at 37 °C and 8 °C, respectively. Cytotoxicity of PM ranged from 36% to 56% and from 43% to 88% at 37 °C and 8 °C, respectively. Permethrin was tested on the cells at an order of magnitude lower concentrations; even so, higher degree of cytotoxicity was recorded. Imidacloprid was more toxic to bat liver cells at a hibernation temperature than at body temperature of 37 °C.