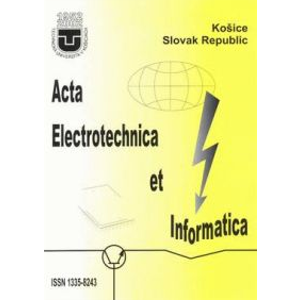 Anotace: This work focuses on analysis of different versions of modern high-voltage semiconductor-magnetic pulse generators (SMPG), which are an inalienable part of electric - discharge technologies that contain a serial or parallel converter stages in the input circuit. There is no in-depth study of the electrical, magnetic and energy characteristics of SMPG in well-known publications, since the processes corresponding to them in these circuits are considered only for a single cycle of SMPG operation and, in most cases, without determining the characteristics of saturable reactor (SR) magnetic flux density. The most widely used in practical applications are single-cycle SMPG, which in turn may differ in both the type of converter stages and their number. A special place among variety of SMPG versions is allotted by single-switch and two-switch SMPG differing by serial, parallel or serial-parallel converter stage. The advantage of SMPG circuit with serial-parallel converter stage is to eliminate the use of additional bias source, because the magnetization reversal process of saturable reactor and pulse transformer (PT) takes place during the charging of storage capacitor of this stage. Each modification of pre-transformer compression stage has significant impact on the threshold of realization of asymmetric oscillation mode, especially for two - cycle operation SMPG circuits.