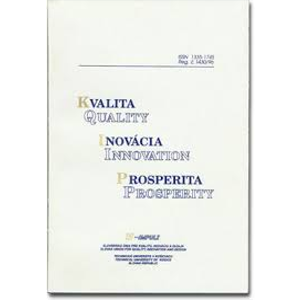 Are the ‘Illnesses’ of Traditional Likert Scales Treatable?

Anotace: Purpose: The main aim of this paper is to introduce the development and the application of a fuzzy rating scale in measuring customer satisfaction which are to be demonstrated through a healthcare example in order to illustrate how the proposed methodology is able to enhance the reliability of traditional Likert scale-based evaluations.

Methodology/Approach: The proposed methodology is built on fuzzy sets the membership function of which is composed of two sigmoid functions by applying Dombi’s conjunction operator. The possible ‘values’ of the linguistic variable expressing customer satisfaction are to be expressed by these functions which can also be linked to the level of organizational performance allowing the illustration of the mainly nonlinear relationship between the provided and perceived service performance.

Findings: The application of the proposed fuzzy rating scale confirms its ability to reflect the unambiguity of human ratings as well as the context-dependency of ratings resulting in a more precise representation of human judgements.

Research Limitation/implication: The presented methodology may be viewed as a viable approach in any kind of service quality evaluations where Likert-type scales are traditionally applied to handle its weaknesses.

Originality/Value of paper: The proposed methodology is not only able to reflect the satisfaction of customers and the organizational performance simultaneously, but the expectations of customers related to the desired level of performance can also be incorporated into the establishment of the scale yielding to more reliably supported managerial decisions.
Zobrazit více »