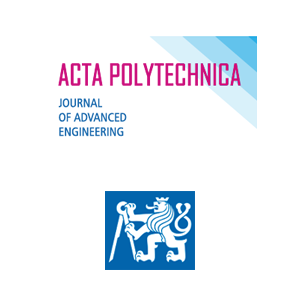 Anotace: Self-compacting concrete (SCC) is a new concept of concrete mix which flows in a formwork and consolidates itself without the need for compaction. Effectively compacting concrete can be very difficult especially in areas with a high number of reinforcement. Millet Husk Ash (MHA) and Rice Husk Ash (RHA) are agricultural waste materials obtained from farm and burnt to ashes to discard them since they are environmental waste. This research is focused on finding the pozzolanic potentials of MHA and RHA as a mineral additive in SCC to see if it will improve its properties rather than discarding them as environmental waste. Laboratory investigations were carried out on normally vibrated concrete (NVC) and SCC using MHA and RHA as an additive at a 10 % replacement with cement. Workability tests were carried out following the BS specifications. ASTM 293 C was used for the Flexural Capacity test on the beam specimen. The Results of the workability tests using MHA and RHA as mineral additive are within the specified standard values. The compressive strength test also revealed that the SCC using MHA is about 12.8 % higher than the RHA and NVC at 28 days with densities of 2487.5, 2516.5 and 2437.5kg/m3 respectively. The Modulus of Rupture (MoR) and Split Tensile strength for MHA is 0-19.2 % and 17.2-22.2 % higher than the RHA and NVC respectively. It was concluded that the improvement in the pozzolanic properties of MHA and RHA may be due to the content of Lime (CaO), Silica ((SiO2)), Alumina (Al2O3), Iron oxide (Fe2O3) being greater than 70 % and in an accordance with BS 618 code. It is concluded that the MHA and RHA can find suitable applications in the SCC as a mineral additive rather than discarding them as environmental waste.