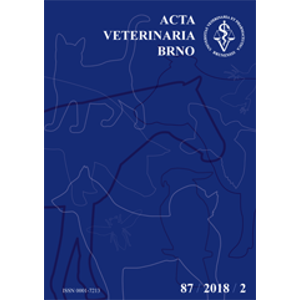 Behaviour of dogs adopted from an animal shelter

Anotace: Dog adoption success is influenced by many factors. Current research specifically underlines the importance of good behaviour. In order to collect information on the behaviour of adopted dogs, a questionnaire was handed out to people adopting a dog from one of the Czech shelters. According to the respondents to our survey, 72% of dogs exhibited behavioural problems in the first week after adoption. The most frequent behavioural problems in adopted dogs were aggression (24%), fearfulness (21%), destructiveness (17%), excessive vocalisation (15%), and separation anxiety (13%). No effect (P > 0.05) of sex, age, size or health status was found. However, shelter dogs with a documented history of abuse exhibited problem behaviours after adoption more frequently (P < 0.05) than non-abused dogs. The follow-up survey revealed significant (P < 0.001) positive changes in the behaviour of dogs six months after leaving the shelter despite a prevailing lack of previous experience among adopters and a lack of professional help. The results suggest that mere patience and time spent in a family instead of the shelter environment can be a solution to at least some of the behavioural problems encountered. We can assume that if professional post-adoption behavioural counselling was provided it could increase the rate of problems solved and decrease the amount of time required for the solution. Professional help may be particularly necessary in the case of aggressive dogs in which no progress has been seen six months after leaving the shelter.