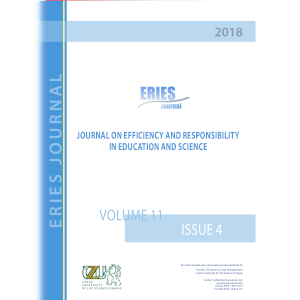 Anotace: The paper investigates how the order of numerical data in word problems on division of a whole into unequal parts affects achievement and reasoning of 14-16-year old pupils. The variable was altered in two word problems, in one of which also the context was changed (psychological variable) and in the latter “if-clause” is or is not used (linguistic variable). 182 pupils were involved in the experiment. The solutions were analysed quantitatively using Item Response Theory as well as qualitatively. The data suggest that pupils’ success is affected by the order of numerical data in the statement in an unfamiliar context. The presence of “if-clause” in the statement was studied in a two-level problem. The order of numerical data played its role in case of formulations without “if”. The results of the experiment are of interest for mathematics education as well as for construction of tests. The paper is an extended version of the paper by Novotná (2018).