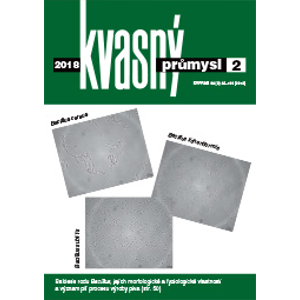 Anotace: The effect of F. culmorum inoculation on the yield and quality of grain of AF Cesar and AF Lucius barley varieties was monitored. Field experiments were conducted between 2015-2017 at two locations. In grain harvested from plots grown under natural infection conditions, the deoxynivalenol content was very low. Inoculation caused a decline in germination, a certain reduction in yield and a change in some qualitative parameters (reduction in protein and fiber content, increase in starch content), but the effect of inoculation was weak and significantly influenced by the environment and the variety. The β-glucan content was not affected by inoculation. The varieties differed significantly from each other in β-glucan content (AF Cesar > AF Lucius). The deoxynivalenol content of both varieties was comparable after the inoculation while it differed under conditions of the natural infection (AF Cesar < AF Lucius).