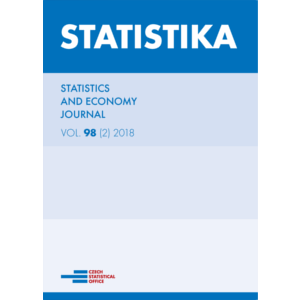 Anotace: In the Habsburg monarchy demographic and economic statistics was concentrated mainly in Vienna offices.

The agricultural statistics was the only one that was consequently developed in Bohemia (already from year
1770) by Patriotic-Economic Society, that in the years 1856–1858 created its own miniature statistical office.
That became after long negotiations the base of the Land Statistical Office that started its operation 120 years ago
(year 1898). The Czechoslovak State Statistical Office like today’s Czech Statistical Office are its direct followers.
Founders of statistical service in Bohemia were Karel Kořistka and Dobroslav Krejčí. Similar statistical office
was set up in Moravia in the year 1899. A remarkable achievement here was an approval of the Land Act, which
sets the reporting obligation for land statistics actions.
Zobrazit více »