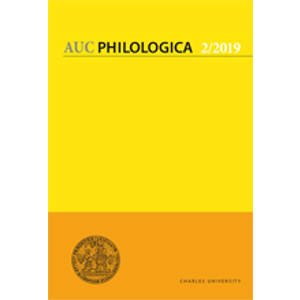 Spectral and temporal characteristics of Czech vowels in spontaneous speech

Anotace: This paper provides a comprehensive account of spectral and durational characteristics of Czech monophthongal vowels. It improves on the existing literature (that almost exclusively focused on read speech) in that it examines vowels in spontaneous speech recorded from 10 men and 10 women, who were recruited from the general population not restricted to students or media reporters (which were the populations used in previous studies). The present material thus represents a relatively naturalistic data set. The acoustical analyses of vowel spectral properties are not limited to only the first and the second formant (F1 and F2) but include also higher formants. Duration normalized for word length as well as long/short duration ratios are compared across all vowel qualities. In line with previous acoustic data on Czech high front vowels, the present results confirm that the phonologically short /ɪ/ is realized with a higher F1 than the phonologically long /iː/. The results further demonstrate that the mid front /ɛ/ and /ɛː/ are realized with a relatively high F1 and are numerically even closer to the low /a/ and /aː/ than to the other mid vowel quality, the back /o/ and /oː/. A novel finding is that short back vowels /o/ and /u/ have a higher F2 than their long counterparts: this slight fronting is likely attributable to the spontaneous style of speech as well as to the mostly coronal context in which the vowels were embedded. In contrary to recent literature that reported extremely low long/short ratios in high vowels our findings show that duration marks the phonological length distinctions consistently across all five vowel pairs: long vowels are on average 1.76 times longer than short vowels. The study concludes with a discussion of the implications that the vowel acoustic properties may have on the way the Czech vocalic system is transcribed.