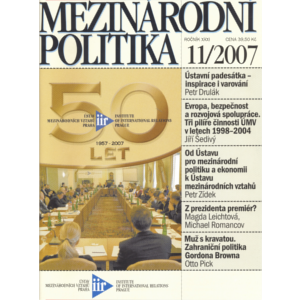 Actualities of the Nagorno-Karabakh conflict

Anotace: Dating back to the early years of the 20th century, the Nagorno-Karabakh region – located on the border of Armenia and Azerbaijan, has always been a source of controversy, violence, opposing interests and cardinal acts. After the Bolshevik revolution in October, 1917, Nagorno-Karabakh had become part of the Armenian Soviet Republic. Only four years later, in 1921, Stalin was the one, who put the territory under the control of the Azerbaijani Soviet Republic. Since then, there were several negotiations, diplomatic approaches evolved, both of the countries claimed that the region belongs to their territories, starting a conflict that, at the time was nowhere to be seen this intense and widespread as it is today. Taking all these violent acts from both of the involved parties and such brutal military interventions, as the one in 2016 into account, is it safe to say that the long-time latent conflict have reached a point where it is impossible to be reversed, or can there still be some kind of peaceful settlements?