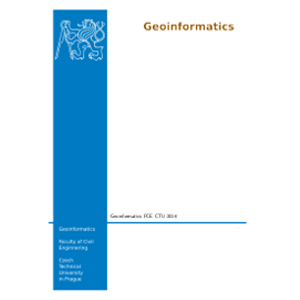 Anotace: The magnitude effect of human activities on the environment is of great concern. In this study investigation on the pattern of land use land cover change in the Ikogosi Ekiti, South Western and Nigeria was carried out. A 30 meter Landsat image of TM 1991, ETM+ 2002 and OLI 2015 were used for the study. The satellite images were digitally processed using Arcgis10.3 and Idrisi Selva 17.0 while Markov Chain Modeler was employed for prediction. Supervised Classification was performed through Maximum Likelihood Classification resulting into identification of five LULC classes which were built-up, rock outcrop, dense vegetation, light vegetation and water body; fragmentation analysis was done using Fragstat 4.0.

The results showed that anthropogenic activities resulted in 25.93% increase in built-up between the periods of 1991 and 2015 with a substantial loss (29.97%) of dense vegetation within the study area were detected. Fragmentation metric showed that the Number of Patches (NP) increased by 257, 268 and 281 while Shannon Diversity Index (SHIDI) correspondingly showed a decreased of 0.54, 0.47 and 0.21 for species diversity in year 1991, 2002 and 2015 respectively; indigenous respondents (70.1%) affirmed the extinction of biodiversity. Furthermore, the Markov Chain Modeler revealed that built-up was expected to increase by 36.7, 39.1 and 69.6% while dense vegetation will correspondingly decrease by 25.4, 22.9 and 18.7% in year 2030, 2050 and 2065 respectively. The result revealed that anthropogenic activities in the study area had contributed to massive removal of vegetation and this pattern had negatively affected the biomass condition of the study area indicting the region to experience an ecosystem imbalance and incidence of global warming. The changing spatial pattern was attributed to the tourism developmental phases in-around Ikogosi community which had increased deforestation, exotic plants and poaching by Ikogosi inhabitants and tourist visits to the study area.

The study concluded that various tourism development activities had adversely affected the nature of biodiversity, threatened land-use management and vegetation in the study area.
Zobrazit více »